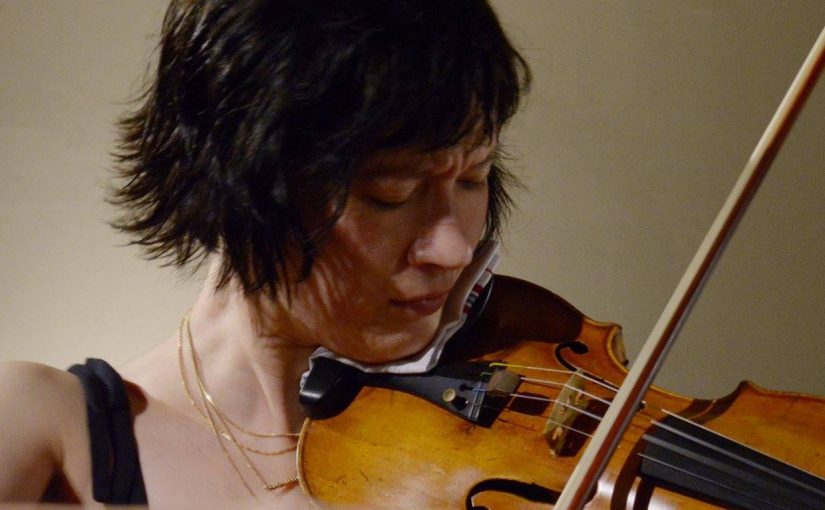 HD download available from mEyeFi.
Streaming on Spotify and iTunes.
Available on CD at Import CDs, Amazon, and ArkivMusic. 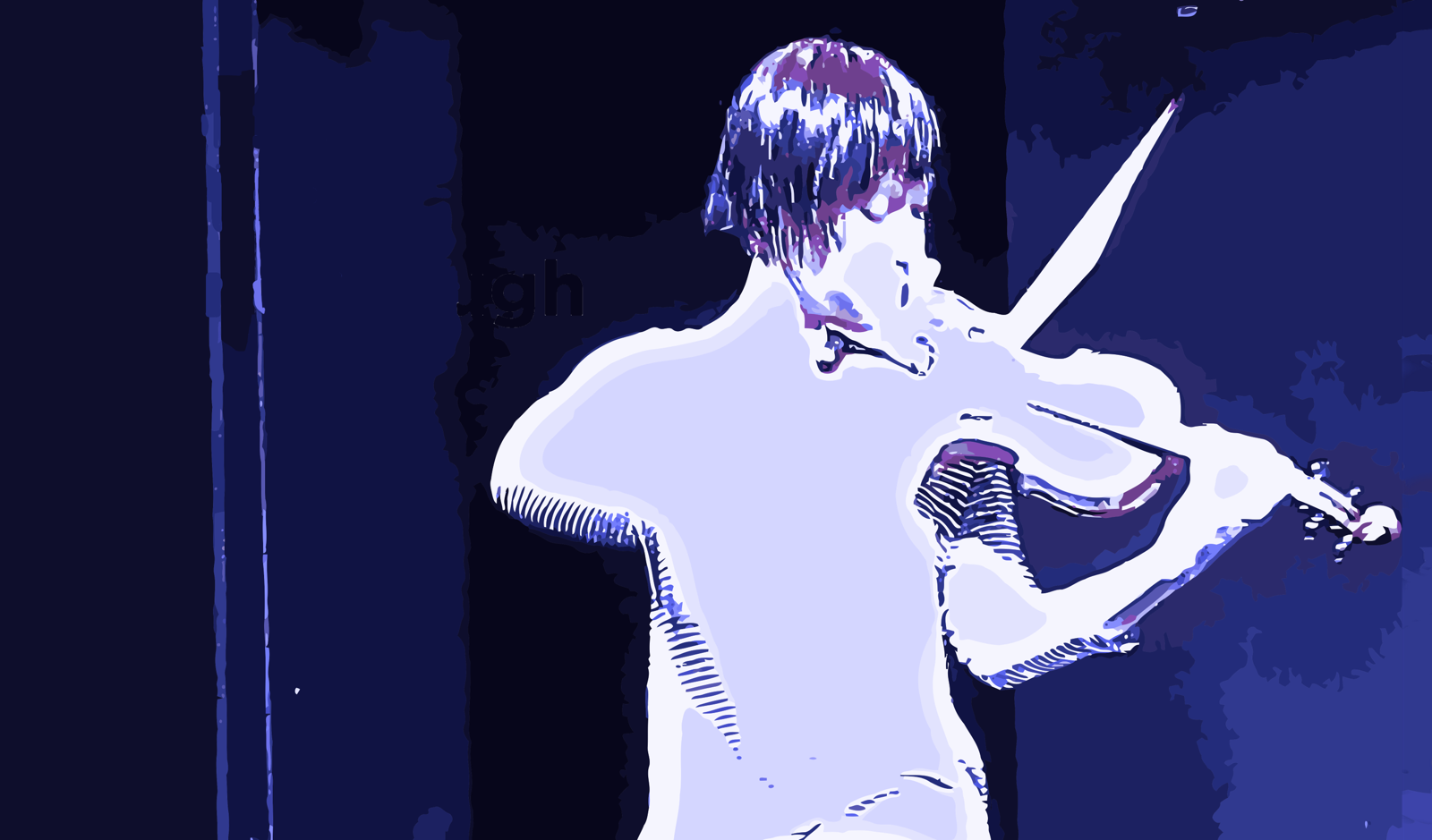 Miranda Cuckson has emerged in recent years as America’s leading exponent of new music for the violin.

American master Elliott Carter‘s Four Lauds are portraits in music; in the composer’s own words, the works “intend to express gratitude to some of the musicians whose friendship has meant so much to me: Aaron Copland, Roger Sessions, Goffredo Petrassi, Robert Mann, Ole Bøhn and Rolf Schulte.”

Carter himself commemorated Stefan Wolpe upon his death in 1972 with these words: “Comet-like radiance, conviction, fervent intensity, penetrating thought on many levels of seriousness and humor, combined with breathtaking adventurousness and originality, marked the inner and outer life of Stefan Wolpe, as they do his compositions.” Miranda plays Wolpe’s complete unaccompanied violin music –  the Piece in Two Parts for Violin Solo and Second Piece for Violin Solo – on this recording.

Brian Ferneyhough is a founding father of what has come to be called the “New Complexity” – a style integrating extended techniques with elaborate and intricate pitch and polyrhythmic notation. The two works included in this recording, Unsichtbare Farben and Intermedio alla ciaccona, are among the most daunting and challenging works in the solo violin repertoire.

Miranda co-produced the recording with Urlicht AudioVisual’s founding director Gene Gaudette. The recording was made in the performance space of National Sawdust in Brooklyn, NY,, one of the world’s leading venues for new music, jazz, and contemporary performance, and was recorded during April 2016 by audiophile engineer Sascha von Oertzen.

Invisible Colors is available in lossless download format (including high-definition FLAC and Apple Lossless packages with complete liner notes in .pdf format) from a number of digital outlets including meyefi.com.

The CD release is now available internationally, and the high-definition Audio Blu-Ray release will occur in January 2018. This album ventures into regions of the art of violin-playing the significance of which is now becoming clear. Devoted entirely to microtonal compositions for violin and pieces for violin with electronics, this CD explores works of seven composers who have been challenged by these areas of discovery to create intriguingly fresh and surprising sound worlds.

Since turning much attention in recent years to the music being written in my own time, I have found it fascinating to explore certain areas of experimentation that have taken my instrument beyond the familiar glories of its heritage. One of these is the use of microtonality- a system of intervals involving distances smaller than the half-step (the keys on a piano). I have been intrigued by both the physical aspects of working with such intervals, and the idiosyncratic ways in which composers use such intervals for their own expressive aims. Another interest has been noise- that is, non-pitched sounds, often percussive or abrasive, produced by unusual techniques on the instrument. A third area I’ve been eager to explore has been music involving electronics. Since electronic music’s beginnings, using spliced reel-to-reel tapes decades ago, the possibilities of the technology have exploded so that there are numerous ways in which to create or generate sounds and to interact, as a live performer, with them. This has led to a palette of sound possibilities and a degree of agility of response often not offered by traditional instruments.

Miranda Cuckson is the leading exponent of new music for the violin on this side of the Atlantic, and is beginning to make waves as well in Europe. Her two previous recordings for Urlicht AudioVisual, featuring some of the most demanding modern-era works for violin by Luigi Nono, Elliott Carter, Roger Sessions, and Jason Eckardt, have met with unanimous critical acclaim from the music press.

Violinist Miranda Cuckson and pianist Blair McMillen have already proven themselves an estimable duo for works by American Modernists such as Shapey and Martino. Their latest outing features Elliott Carter’s Duo for Violin and Piano (1973)… a rendition that juxtaposes rigor and grace, violence and gentleness… Clocking in at over thirty minutes, [the Sessions Sonata for solo violin] is a bear of a piece, demanding both virtuosity and considerable thoughtfulness from the violinist to bring it off: Cuckson has both in spades. … [Eckardt’s Styrömkarl] is vividly characterful and a real workout for the performers; one they assay handily. 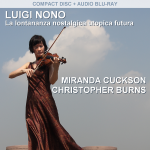 “Played with assured mystery by the accomplished Miranda Cuckson, Luigi Nono‘s 1988-89 work swerves from ethereal to violent and back again. The violinist interacts with previously taped material, including both her own playing and studio sounds, and wanders during a live performance, a spatial element captured in the surround-sound version on one of the discs in this set. At times Ms. Cuckson even sings, hauntingly — a part of the score seemingly ignored by previous interpreters.”
— Zachary Woolfe, The New York Times